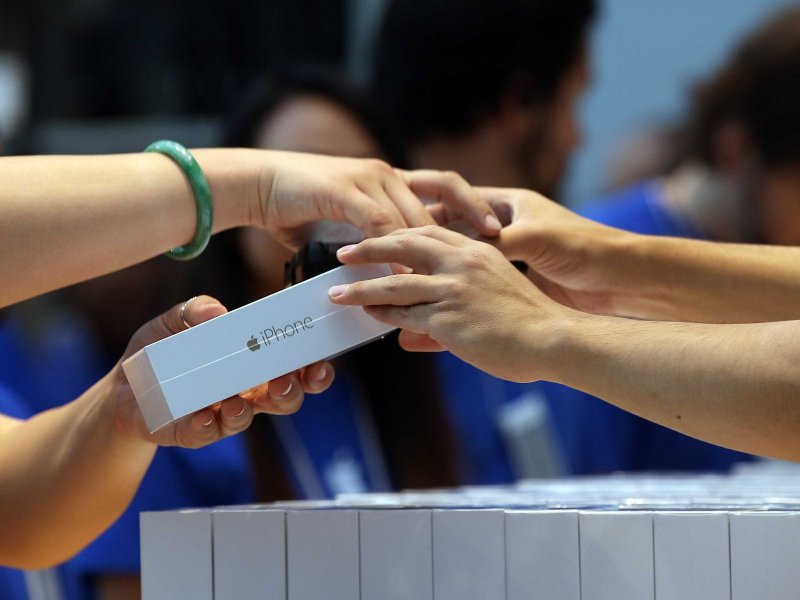 Apple is reportedly developing a new program in its retail stores that would allow you to trade in your non-Apple phone for a gift card to be used toward the purchase of a new iPhone, according to 9to5Mac’s Mark Gurman.

It would work similarly to the way you trade in an iPhone normally — Apple would determine the value of the phone based on its condition and numerous other factors.

Training for Apple Store employees is said to start this week, and the program will reportedly launch within the coming weeks.

Apple will transfer all contacts from your phone to your new iPhone, but other data will be lost unless a user backs it up or transfers it manually, Gurman reports.

Here I would like to recommend an easy and fast solution to transfer all data like photos, music, documents, contacts, ebooks, videos from android to iPhone 6/iPhone 6 plus. Click here to get more tips.

It sounds like a brilliant move on Apple’s part: Not only will it help convert Android users to the iPhone, but Apple will then be able to sell those used Android, Windows, or BlackBerry phones.

The program will also give buyers more incentive to purchase an iPhone from Apple’s store rather than a carrier retail location or a Best Buy. In 2013, Gurman also reported that Apple CEO Tim Cook had expressed dissatisfaction with the number of iPhones sold in stores compared with Macs and iPads, and this new initiative could be a move to change that.

How to Transfer Everything from Old iPhone to New iPhone 6 or 6 plus easily?

Do you want to move everything from the old iPhone to the new iPhone 6 or iPhone 6 plus? You can try this perfect one click data transfer tool to migrate everything, including Contacts, Videos, Photos and more from phone to phone. Simply download and have a try.

Tags: apple eventApple new programiPhoneiPhone 6iphone 6 plusnon-Apple phone for a gift card to be used toward the purchase of a new iPhone