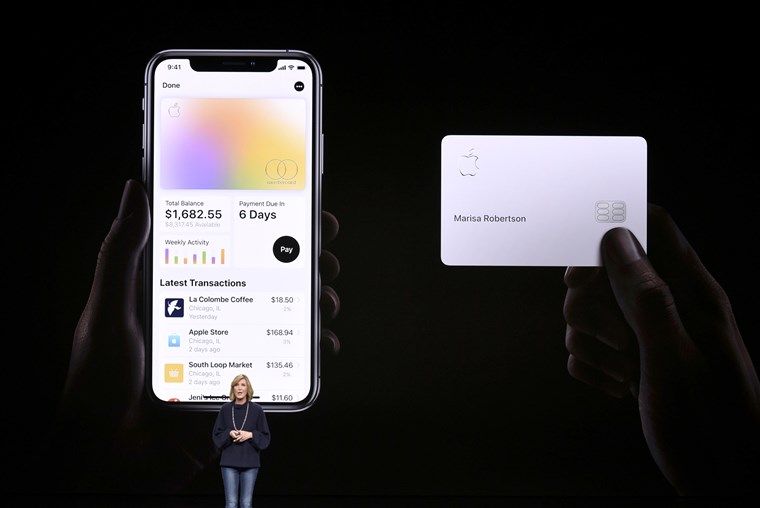 Apple Card turned the world of credit cards on its head on Monday. Backed by Mastercard and Goldman Sachs, this is Apple’s brand-new credit card that lives in your iPhone and lets you pay for goods and services online and in stores. It builds on Apple Pay, a mobile payment system based on your existing credit card, which Apple has had in place since 2014. Taking on its own payment card, rather than piggybacking on your bank card, is a bold move for Apple that no other media giant has sought, even Google and Samsung, two companies that also have robust mobile payment systems.

Will a digital Apple Credit card finally make mobile payments ubiquitous? What kinds of perks will owners be able to get? How will it affect their credit if they switch phones? You’re brimming with questions, and so are we. Unfortunately, we don’t have them all.

Here’s everything we know about Apple Card so far — including the fine print — and what we have yet to learn.

What is Apple Card?

Apple Card is a new branded credit card for iPhone ($1,000 at Amazon) users. It’s both a digital card that lives on your iPhone, with a traditional credit card backup that you can use where Apple Pay isn’t available. (It seems like everyone gets this when they sign up.) However, Apple believes you’ll predominantly use the digital version.

The physical Apple Card is made out of titanium, and has your name etched on it, just for a little drama, and so you can show off by clinking it loudly against a glass.

Where can I use Apple Card?

You’ll be able to use Apple Card in apps, online (e.g., web stores) and in physical stores, anywhere in the world where MasterCard is accepted. (More on the banking aspect further below.)

Apple Card will live in the Wallet app on your iPhone, and you’ll sign up for it by tapping on the Apple Card prompt within the Wallet. Apple will walk you through the sign-up process. We haven’t seen this, but expect it to take a few minutes. This is, after all, a credit card.

Do I have to wait for a credit check?

You do need to be a well-qualified customer., though Apple doesn’t share details on what that means. You can, however, sign up if you’re interested for more details down the road. Apple says that if you are approved, you’ll be eligible to use your Apple Card within minutes.

When can I get it?

Apple will launch Apple Card through the wallet app this summer. It’ll come to the US first.

Is Apple Card coming to other countries, too?

Apple is working with Goldman Sachs as its bank to issue Apple Card, a Mastercard.

How will Apple Card help me track my finances?

If you’ve ever used a service like Mint or other financial apps before, you might be able to get a sense for Apple’s vision with your finances.

You’ll be able to see visuals clearly depicting how much you spent on what, when it’s due, and how much you owe. Apple also uses its Maps engine to link a purchase with a business, so it’s clear what your payment goes toward (these things tend to be cryptic, like: “New York LLC” when you’ve taken a cab ride. Apple says it uses machine learning to connect the dots.

You’ll also be able to see how much you’ve spent so far in a given week or month, and track purchases by category, like meals and transportation. There’s a view to show how long will it take for you to pay back what you owe.

What if I need help using my Apple Card?

Apple says if you run into trouble, you can send a text straight from the app.

Apple doesn’t opt for a points structure. It gives you cash back on every dollar you spend, through a program called Daily Cash.

Here’s how much you get when you make a purchase through:

There’s no cap to daily earning…as long as you’re within your credit limit. For example, if your spending can’t exceed $3,000, then your earnings can’t either. You’ll be able to keep track of your Daily Cash through a card in your Wallet app.

Is Daily Cash real cash? Where can I spend it?

Yes, this is real cash you can use right away. You can spend in stores, send to friends, use in apps or on the web, or use to pay down your balance.

What about paying interest rates and fees?

Apple Card will let you pay more often than once a month. For example, you can pay every week or every other week. It isn’t clear if you can pay daily if you want or if there’s more of a structure.

There are no late fees, annual fees, international fees or fees for going over your limit.

What happens if I miss a payment?

Apple won’t slap you with a penalty on top of your missed payment (e.g. it won’t cost $25 in addition to what you already owe). However, you will accumulate more interest on top of your existing balance.

If I lose my physical Apple Card, can I order a new one?

Yes. If your card is lost or stolen, you can use the Wallet app to freeze your card and order a new one.

Will it work with my iPad and Apple Watch?

Yes, Apple says that Apple Card will work across all your iOS devices. We’ll need to confirm if it will work with MacOS as well as the iPhone, iPad and Apple watch.

What comes next with Apple Card?

There are a lot of details we still don’t know, like the exact launch, any hidden fees, how Apple Card might affect people with low or no credit and when exactly the card will launch. Apple will undoubtedly share more in the coming months. Until then, we can only hope for more tidbits to stream out.