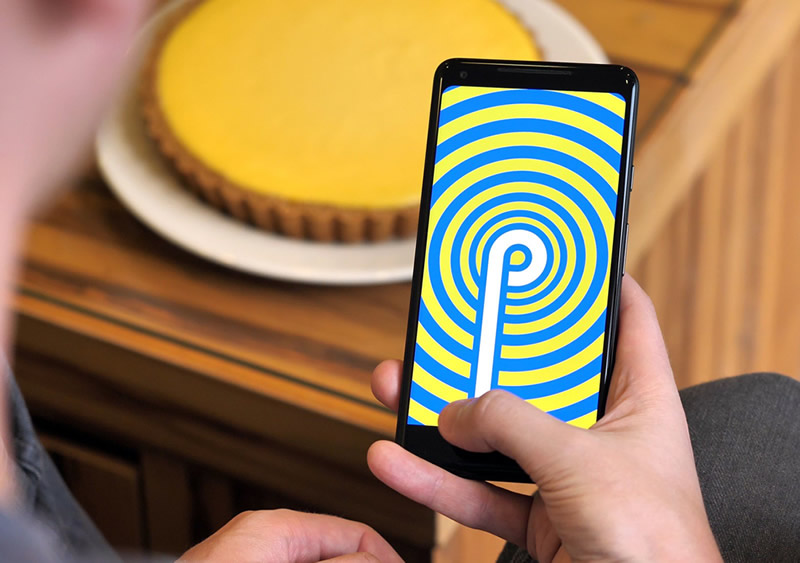 The next generation of Android is on its way. And you guessed it — the P is for Pie. Android Pie, the new version of Google’s mobile operating system, previously called Android P, comes first to the search giant’s Pixel smartphones starting Monday. Google initially announced a preview version of the software in March, then demoed some features at its annual I/O developer conference in May.

People who signed up for the Android Beta program, which lets you try out pre-released versions of the software, will receive the update by the “end of this fall,” if they have devices from Sony Mobile, Xiaomi, HMD Global, Oppo, Vivo, OnePlus and Essential. Google said it’s also working with other partners to launch or upgrade devices with Android Pie “this year,” though the company didn’t provide additional detail on exactly when those updates would come.

Google typically names its new flavors of Android alphabetically and after something sugary. For example, the previous Android version was called Oreo. Before that was Nougat, preceded by Marshmallow and Lollipop. Officially, Google is calling it Android 9 Pie, or just Android 9.

Android is the dominant mobile operating system on the planet, powering almost 9 out of every 10 smartphones shipped globally. So updates in the software could eventually signal changes for how most of the world uses its phones.

That includes AI tools that work quietly in the background to suggestion apps and shortcuts you might want to use next to loading “slices” of an online page that gives you the precise information you want to know, without going to the trouble to download an app or scour a website for opening hours, reservation assistance and so on.

One big update in Android Pie is support for notches — those little cutouts on phones with screens that span most of the phone face, popularized by Apple’s iPhone X. Android Pie’s notch support doesn’t mean that every future Android phone will have this cut-out design, but it does mean Google has made it easier for apps to work smoothly on phones that happen to have notched screens.

Likewise, Android Pie follows in the iPhone X’s footsteps with support for a simpler navigation style that uses just one central button to go home, open recent apps and call up the Google Assistant, plus a back button when you need to use it.

As with all Android features, not every phonemaker has to use this Android Pie feature just like Google does, but having Google’s backing and guidance here means apps are much more likely to work well with gesture navigation. As with notches, phonemakers have already begun to embrace gesture navigation, including Motorola and Xiaomi.

For smartphone addicts, Android 9 introduces tools aimed at something that might seem counterintuitive for Google: Tools to help you use your phone less. A new dashboard tells you how much time you’ve spent using your phone, and the time you’ve spent in individual apps. You’ll also be able to set time limits on how much you use certain apps.

The new feature comes as Silicon Valley tries to combat tech addiction. People check their phones an average of 47 times a day, according to a survey by Deloitte released in November. In June, Apple trotted out similar features for its upcoming iOS 12. Last week, Facebook and Instagram also unveiled tools designed to help you take breaks from the apps.

But while Google is gathering all these new features into the sphere of Android Pie, it has one major challenge: Making sure people actually get to use Pie’s new tools. That’s because of Android’s numerous hardware and carrier partners that like to add their own flourishes to the software; getting them all to update to the current version is a constant headache for Google. It’s a problem the industry calls “fragmentation.”

As of last month, just 12.1 percent of Android users are on the latest version of the software, Oreo. The vast majority of them, almost 75 percent, are on three previous versions: Nougat, Marshmallow and Lollipop. The oldest of those, Lollipop, was first released in 2014. By comparison, Apple’s got 81 percent of users on iOS 11, the most current version of its software for iPhones and iPads.