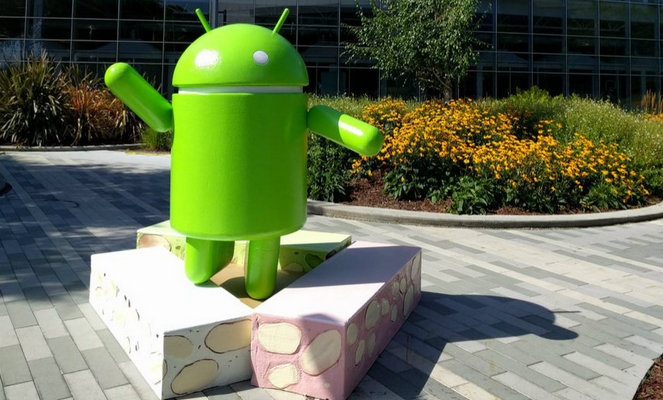 Google has confirmed the Android N name and we know that Android 7.0 Nougat will be released later this year on the Nexus 2016 phones. You won’t get it properly on your device for a while but here’s a Android N preview so you can check out the best new Android 7.0 Nougat features.
Android N is now on its final Developer Preview (version 5) before the public rollout which means we’re getting closer to the final version and the release will happen ‘later this summer’.

WILL MY DEVICE GET THE UPDATE?

It’s hard to be too specific at the moment but we do know some things for sure, partly because Google has announced expiration, or lifecycle, dates for current Nexus devices. The Nexus 5X and Nexus 6P are the most recent and will both be upgraded to Android N, and the Nexus 9 should get it too considering you can get the Developer Preview for it, as you can for the Pixel C and Nexus Player. Older devices have already passed the date of a guaranteed Android update.
We’ll have to wait for more details when it comes to third-party Android manufactures but if you’re device was launched this year or late 2015 there’s a good chance you’ll get Android N. Devices like the Galaxy S7, HTC 10 and LG G5 are pretty much a given. One of the best new features of Android N is Multi-window support, even though this is something which has been available for a while on devices such as Samsung and LG. Nevertheless, we’re pleased that it will now be a standard part of the Android OS.
As the name suggests, the feature means you can run two apps at the same time in a side-by-side view. This works on phones and tablets and you can drag the dividing line which separates the two to asjust how much you see of each app. Note that developers must enable this for their app so it doesn’t necessarily work with all the apps on your device.
On TV devices like the Nexus Player, users will also be able to take advantage of a picture-in-picture view so you can carry on watching something while you browse the interface.
An optional thing which manufacturers can enable for larger devices is freeform mode which lets the user resize each app similar to using Windows. Virtual reality is one of the biggest new things in tech right now and Google has made note of this with Android N. The OS has been optimised for VR throughout the Android N stack (elements of the system).
Performance enhancements include single buffer rendering and access to an exclusive CPU core for VR apps. Developers can take advantage of smooth head-tracking and stereo notifications for VR.

Another feature which has been on some devices already but not stock Android is advanced notification handling.
The main feature in Android N in terms of notifications is called Direct Reply which simply means you can reply to a message straight from the notifications. There’s not need to open the associated app and you can also use shortcuts to archive or snooze.
There’s also a new way of show multiple notifications called ‘bundled notifications’ which works in a similar way to Notifications Stacks in Android Wear. Android does it already but notifications for the same app will be grouped together in a nicer way visually and we you open the group, you get more information. With any new version of an OS, consumers expect improvements and Google says it has performed some ‘pretty deep surgery’ to achieve a ‘new level of product excellence’ focusing on performance, productivity and security.
Two key elements to this are the new JIT compiler which improves performance, means apps install faster and helps them take up less storage. Secondly, the Vulkan API delivers high performance graphics thanks to 3D rendering.
Seamless updates, like on Chromebooks, means that Android system updates can install in the background so no more interruptions.

It’s not specific to Android N but an interesting new feature from Google is Instant Apps. In a nutshell, it’s a way of using an app without having to go and download it from the Play Store and then wait for it to install.
For example, if you try and open something which requires an app but you don’t have it, Instant Apps means you can access the content as if you had the app without actually installing it. The feature works by only downloading using the modules of code you need for the particular task rather than the entire thing. You also get the option to download the full app if you want.
This will not only make things quicker and easier but also avoid the hassle of downloading an app for something you’re only going to do once.Google suggests you might be able to tap on parking meter and use the app to pay without needing to actually install it.
It’s easy for developers to upgrade existing apps to support Instant Apps so should be something we see a lot of.

related article: How to Backup Your Phone Before Upgrading to Android 7.0 Nougat?