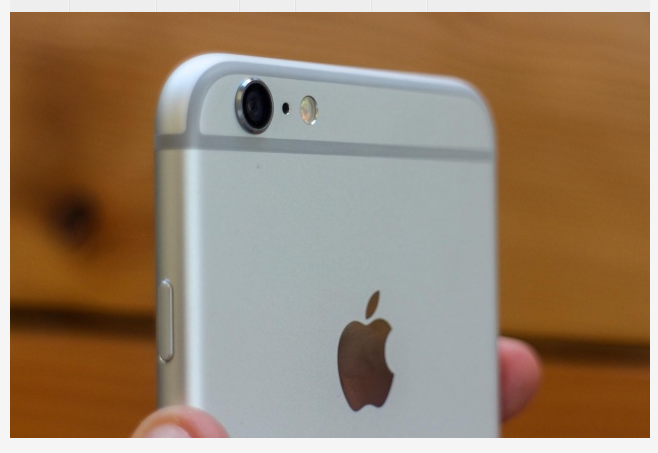 It seems like just yesterday Apple unveiled the iPhone 6 and 6 Plus. In the past few months, news has focused on supply shortages, which iPhone is better, and, of course, #BendGate. Now, the industry has shifted focus from the iPhone 6 models to the inevitable sequels. If history is any indication, the following news post will grow exponentially over the next few months, as more news streams in about Apple’s next iPhone.

Will there be an iPhone 6S Mini?
A few different reports hinted Apple may release a smaller, 4-inch iPhone along with the rebooted iPhone 6S and 6S Plus next year. While most agree that such a move seems unlikely, reports continue to spread, lending more weight to the idea. First, analyst Timothy Arcuri of Cowen and Company voiced the rumor. Although he hasn’t always been right with his Apple predictions, Arcuri occasionally hits the nail on the head.
In a note to investors leaked to AppleInsider, Arcuri suggested Apple may launch an “iPhone 6S Mini” with a 4-inch screen. The device would supposedly sport similar specs to the iPhone 5S, but include a few low-cost components. This may make the device more budget friendly, making it sound like a revamped iPhone 5C. Arcuri claims the smaller iPhone will have the same, curved edge design as the iPhone 6 and 6 Plus.

Shortly after Arcuri’s note surfaced, MyDrivers picked up a note from U.S. investment firm Zacks Equity Research, which states that Apple hopes to sell 10 million 4-inch iPhone 6S handsets in 2015. According to the firm, Apple feels “forced” to comply with customers’ desires and continue selling 4-inch iPhones. The smallest iPhone 6S is also expected to cost less than the two larger phones, making it more appealing to those who want a mid-range phone.

However, supply chain sources told the Chinese media that they haven’t heard any news of a 4-inch form factor.

Early on, Apple commentator John Gruber said the next iPhone will feature a special “two-lens system where the back camera uses two lenses and somehow takes it up into DSLR quality imagery.” Since then, G4Games published a similar report, claiming the iPhone 6S will sport a dual lens camera and optical zoom. The aperture may also be altered to let in even more light.

HTC already experimented with a similar camera setup on the One M8. The Ultrapixel camera lens lets in more light than your average lens to improve the image quality, and a second sensor is present for additional information like depth of field. The two images are then sewn together and edited to accentuate specific elements.

It’s unclear if Apple’s new technology would work in the same way or employ different techniques to increase the quality of images taken with the iPhone 6S. So far, no smartphone camera has been able to replace the DSLR, but Apple’s iPhone 6 Plus is generally regarded as one of the best smartphone cameras out there. The company also has several patents for camera-related technology.

The most obvious advantage to dividing the lens in two would be slimming down the camera module to fit flush against the back of the incredibly thin phone. Currently, the camera module on the iPhone 6 and 6 Plus sticks out, a problem that many users have noted with annoyance. At this point, there’s no saying whether the two-camera solution described by Gruber will debut on the iPhone 6S, the iPhone 7, or at all.

Despite their previous quarrels, Apple and Samsung will reportedly work together on the A9 processor, which will arrive on the iPhone 6S. Samsung reportedly started production on the A9 processor in mid-December, based on reports from Korea’s ET News. The chip will be manufactured using 14nm FinFET technology, which should use 35 percent less energy and offer 20 percent more power. The A9 chip may also be 15 percent smaller than 20nm processors, thanks to the 14nm technology, and that means more space for battery packs and other components.

A report from G4Games hints that the iPhone 6S will have a 3D pressure sensor built in to enable a new Force Touch action. For those of you who didn’t analyze every word of the Apple Watch presentation, Force Touch is the new Apple Watch feature that distinguishes between short taps and long, harder touches. However, it’s unclear why this feature will prove useful on the iPhone.

Spring release date is not likely

Some of the earliest iPhone 6S rumors speculated the updated handset could debut as early as spring 2015. However, according to China’s Economic Daily News, supply chain sources disagree. Apple typically incrementally updates its most recent iPhones with new processors and occasionally, a few new features, one year on from release. Apple only just gave Samsung the go ahead to start work on the A9 processor, according to a report from Korea’s ET News, and it’s only just caught up with iPhone 6 and 6 Plus production. Therefore, it’s highly unlikely that the iPhone 6S will arrive so soon after the iPhone 6.