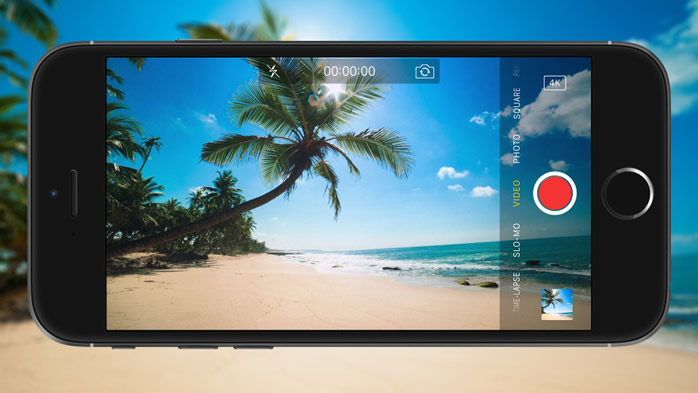 Ten years later, the iPhone has evolved into the primary photo and video camera for many of us. Apple makes shooting video on it pretty easy, but that doesn’t always mean you get good-looking results.

Here’s a handful of basic tips and tricks to help you shoot better video on the iPhone or really any smartphone for that matter.

There are two kinds of people in this world, those with space on their phones and those without. Videos (especially in 4K mode) take up quite a bit of space.

Before you shoot, make sure you have space on your phone for those new video masterpieces. On an iPhone go into Settings – General – Storage & iCloud Usage. From here you can view how much storage your phone has and what using it. If you need more room, there are a bunch of things you can remove to open up space.

I recommend putting your phone into Airplane mode. This will prevent texts, phone calls and other notifications from distracting you while you shoot. If you don’t have it on, notifications can pop up on your screen, making it harder to see what you’re recording. If you receive a phone call, video recording will automatically stop which can also be annoying.

Another option is to enable Do Not Disturb to minimize notifications popping up on the screen.

When you take photos, shooting between landscape or portrait is no big deal. But with video, it’s a different story. As a rule of thumb you should always shoot in landscape orientation to avoid seeing black bars on your screen during playback. On the other hand, some social media apps work better with video shot in portrait.

Ultimately, it’s all about where the video will end up. If you are going to watch your video on a TV or computer screen (uploading it to YouTube or Vimeo), horizontal is the best way to go. Snapchat is a great example of when shooting “vertical” video is actually better.

Shaky videos are tough to watch. So the iPhone has a built-in stabilizer, which can take some of the shake out of your videos. Technically there’s two: an optical one and a digital one.

But even with the iPhone’s built-in magic, you should keep your phone as still as possible when shooting. This can be especially handy for when you film someone talking directly to the camera, closeups, time lapses or slow-motion shots.

One technique to steady your phone is to tuck your elbows into your sides and even hold your breath.

You can also use your environment to help steady your camera. Be on the lookout for sturdy flat surfaces to place your phone on or against.

The iPhone shoots great video in good light, but when you’re indoors or in mixed lighting, it needs a little help. Be aware of your light source. If there is a bright light behind your subject, you might get a nasty silhouette. To solve this, consider turning your subject to face the light. Also, be mindful of any shadows you or your phone cast on your subject.

If you need to fine-tune your exposure, tap on the display where you want to focus and when the yellow focus/exposure square appears, slide the brightness icon up or down until your subject looks fabulous.

If you want to lock your exposure, tap and hold where you want to focus until the yellow focus/exposure square pulsates and “AE/AF LOCK” appears on your screen. From there you can adjust the exposure and the iPhone will hold these settings until you touch the screen again. By the way, “AE/AF LOCK” stands for auto exposure/autofocus lock.

If all else fails, the iPhone has a built-in flash that can be used to add light, but this trick doesn’t always work and it might not be flattering to your subject.

Placing your subject in the middle of your screen is easy enough, but not everything always needs to be perfectly centered. In fact, lining up important parts of your subject on thirds can make your compositions more interesting. This is called the rule of thirds. Imagine drawing a tic-tac-toe grid on your phone screen and aligning your image on the intersection of those lines.

When you shoot photos, the iPhone has an optional rule-of-thirds grid you can turn on in Settings. Sadly, the grid doesn’t work in video mode.

These are just a few basics to keep in mind when you shoot on an iPhone, yet many of these tips can also be used for shooting video on any phone. Like anything else, mastering good video technique just takes a little practice… and lots of storage!