5 amazing things you’ll be able to do with 5G 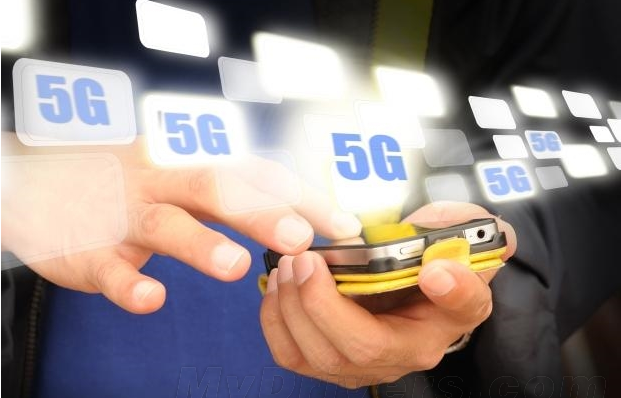 OK, so everyone in the wireless industry is talking about 5G. Why should I care?

5G aims to be 100 times faster than our current wireless technology and even speedier than what Google Fiber offers through a physical connection to the home. The incredible speeds and responsiveness achieved with 5G open up new possibilities, and the technology had people buzzing at the Mobile World Congress trade show in Barcelona, Spain, this week.

“5G will take it to the next level,” said Cristiano Amon, president of Qualcomm’s chip business. “There will be “ubiquitous connectivity from all sorts of devices.”

Do be mindful of the hype surrounding 5G. The earliest mobile deployments likely won’t happen until 2018, with broader availability in the years after.

But that doesn’t mean you can’t dream about what’s next. Here are a few things you’ll be able to do with 5G.

Want to play a virtual game against a friend across the world or visit a fancy beach house when you’re really stuck in your basement apartment? With 5G, you can wirelessly stream that content into your virtual-reality headset.

Facebook CEO Mark Zuckerberg said at MWC that he hoped VR would be one of the “killer applications of 5G.” Data transfers so quickly that you won’t have to wait long for virtual experience to load on your mobile VR headset.

Thanks to the minute lag times, you’ll be able to keep up with your gamer friend on the other side of the planet.

5G networks can respond fast enough to coordinate self-driving cars, either with cars talking to a central controller at a road intersection or communicating with each other.

“You can imagine no traffic lights in the street — the cars are crossing, but they’re not bumping into each other,” said Volker Held, head of innovation marketing at network equipment maker Nokia.

Once all cars have sensors and cameras, they could also capture continuous video footage, said Marc Naddell, a vice president at chipmaker MediaTek. If there’s an accident, you’ll be able to view video from all angles, not just from the cars involved but from all cars in the area at that time.

Telemedicine becomes feasible with 5G, whose communication lag is brief enough to permit doctors to perform some procedures remotely, said Matt Grob, chief technology officer of mobile-chip maker Qualcomm. Carriers can set up 5G networks so those medical procedures get priority over someone watching YouTube videos.

The lag time is so miniscule that doctors could use robots to operate on you from 1,000 miles away. People in remote regions can be treated by the specialists, even if they’re halfway across the world.

“You can get the best doctors in the world to work on your mother’s cancer,” Samsung’s Kim said. “That was not feasible years ago.”

Kim believes the way we communicate will become more visual. Imagine talking to your family by way of a supersharp video, with resolution so high it’s like you’re next to them. Or rehearsing with your bandmates — in different homes — via video. That seems simple, but today’s networks don’t offer precise real-time communications. There’s always a lag, and that causes it all to fall apart.

Remember in “The Amazing Spider-Man” when Peter Parker runs a Bing search (we know, Bing?) on Dr. Kurt Connors and instantly gets results? Your Web pages never load that fast. “That’s Darth Vader’s computer there,” Ericsson Chief Technology Officer Ulf Ewaldsson quipped. Pages usually take a second or two to load, even on a fast connection. With 5G, those results will come immediately.

Or if you wanted to kick back and download the movie “The Guardians of the Galaxy,” it would zip to your device in 15 seconds instead of the 6 minutes it takes via 4G.