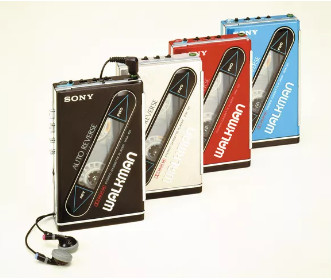 The Walkman was just as big a change in the way we listened to music as the iPod was in the early 2000s.

The Sony Walkman is celebrating its 40th anniversary. The now-famous gadget was introduced with little fanfare in the summer of 1979, but it didn’t take long before the whole world fell in love with the diminutive device. The Sony Walkman TPS-L2, a 14-ounce (397 gram), blue-and-silver portable cassette player, had an impact that was monumental.

Sony had a long history with music players — the company launched the “baby-corder,” a reel-to-reel “magazine-type” player in 1957 — but it never stopped its push for newer, better products. Then, in 1963, the Philips compact cassette became the worldwide standard for portable tape.

At first it was meant just for voice recording. It wasn’t until the ’70s that the cassette was finally suitable for high-quality music replay. Sony connected the dots better than the competition with the Walkman TPS-L2 “personal stereo,” and it was a phenomenon.

While most analog cassette Walkman owners bought prerecorded tapes, others preferred making “mix tapes,” not so different than today’s playlists. I loved making mixes, but it was labor intensive work, consuming three, or four or even five hours to produce one 90 minute cassette. No matter, I made hundreds of mix tapes over the years.

There were also Walkman MiniDisc players, and though MiniDisc was popular in Japan the format flopped in the US.

But all good things must come to an end. By the time Apple introduced the first generation iPod, in 2001, Sony was clinging to its proprietary but doomed ATRAC format and never again had a market leading portable music player.

Nowdays, it is so convenience for us to enjoy music by using iPhone, iPad or iPod. This brings us more happiness. If we accidently lose our favourite music on those device, what a disaster it is. How can we get music back on iPhone/iPad/iPod? You can follow this guide to get them back by trying PanFone Data Recovery.