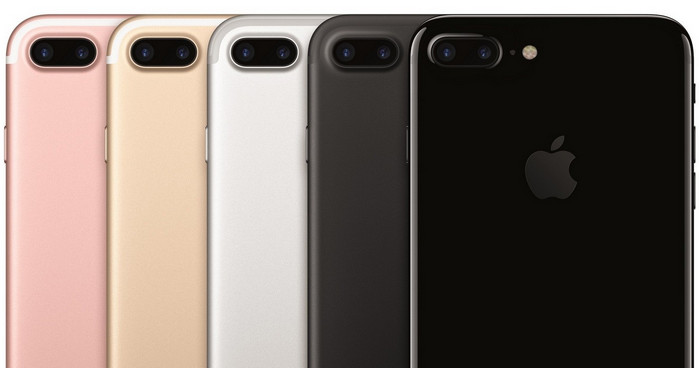 So you decided to save money and get the 32GB version of the iPhone 7 (instead of 128GB or that 256GB monster) and now you’re wondering if you’re on the short end of the performance stick. Well, technically, you are.
Lower-capacity storage chips tend to perform slightly slower than higher-capacity ones. It has to do with the number of parallel channels you can put inside solid-state storage devices (SSD) — the type used in all mobile devices, including Apple’s iPhone devices. Higher capacities can have more channels, and more channels equals higher speed. What this means for you is your iPhone might be slower than the 128GB or 256GB models. Or will it?
In real-world usage, whether you have the 32GB iPhone 7 or the 256GB one, you will, for the most part, have the same experience in term of performance.

It’s the read speed (not write speed) that matters most

According to preliminary tests we performed using Basemark OS II on a 32GB and 128GB iPhone 7, only the phone’s write speed is affected by the storage capacity difference, resulting in slower speed on the 32GB phone. This is thanks in part to the very complicated write procedure for an SSD that typically taxes low-capacity drives more than a larger one (more on this later). Reading data from the drive however is simple and generally performs the same across different capacities.

Thankfully, it’s the read speed that’s most important. It determines how fast the phone boots up, or how quickly an app is launched. This is why the 32GB iPhone 7 will boot just as fast as the 256GB one. Bottom line, most of your daily activities on the phone, including watching movies and playing games revolve around reading information off of the phone’s SSD.

The phone’s write speed is hardly the bottleneck anyway

Let’s be clear though. Your phone does write data to its SSD, like when you take photos or record a video, it writes that data straight to your local storage. However, these tasks require much less bandwidth than the SSD is actually capable of performing.

SSDs can write data in excess of 100 megabytes per second. Recording a 4K video, the most demanding write job you can do on a phone, only requires a write bandwidth speed of 30MBps, which comes nowhere near your phone’s write speed limits. So a faster write speed would make zero difference in this case.

It’s the same for another heavy write job: transferring data from your computer to your phone. When the phone is physically connected to your computer (say, via a Lightning cable), the speed in which you transfer data from one device to another is determined mostly by the speed of the connection standard. In the case of the iPhone 7, that standard is USB 2.0, which supports data transfer speeds of up to 60MBps at most; however, real-world speeds tend to cap at around 40MBps. Bottom line, USB 2.0 (and 3.0 for that matter, which the iPhone 7 doesn’t support) has a slower transfer speed than your actual phone’s SSD, making the transfer cable the bottleneck, not your phone.

“But the 32GB version is actually slower, I watched a video of it happening!”

Calm down! I believe the video you’re referring to is this one from Unbox Therapy. It’s a great video, but the reason the delta is so huge has a lot to do with the amount of data being transferred.

To write data optimally, SSDs actually require free space and the more the better. This is due to a complex write technique called write-amplification. And as the phone’s used storage reaches its full capacity, the write speed actually becomes progressively slower, even slower than USB 2.0’s 40MBps cap. This is true of the 128GB and 256GB versions as well, it just obviously takes them longer to fill up. And then there’s the formatting of your 32GB phone’s drive. After iOS and its stock apps, you only have about 18GB of storage space to start with. It’s almost half full right off the bat.

So if you want to compare the true write speed of the 32GB version and 256GB version of the phone, make sure both have the same amount of free storage space first.

Get the capacity you want to use

Thing is, when you buy a 32GB phone, you’re not getting it because you plan to put a bunch of HD movies on it. If you were, then now’s the time to start thinking about going with 128GB at a minimum. It’ll hold all of your photos/videos, and you usually won’t have to worry about erasing anything.

So yes, typically there is a speed difference in copying large files to the 32GB versus larger capacities, but how many of us do that on a regular basis? In 2016, that’s just not how most people use their phones. As long your phone can stream movies without much trouble, you’re probably going to be satisfied with its performance.

Related acticle: How to Backup and Restore iPhone 7/ iPhone 7 Plus Easily